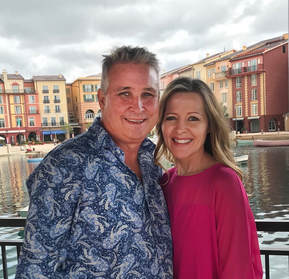 ​Marriage and Family Works, a 501 (c) (3) non-profit organization, was founded in 2008 by Don and Angie Power after a crisis in their marriage, which included infidelity. After deciding that divorce was not an option for them, they began seeking restoration for their marriage through “traditional” marriage counseling.

What they found was that conventional therapy didn’t quite empower them to solve their own problems and it didn’t provide the tools they needed to effectively communicate and problem solve with each other. This led to more frustration and breakdowns in the relationship. Because of this, they decided to stop counseling and embarked on a journey into marriage education. This decision proved challenging in itself due to the lack of marriage and relationship education providers in the Sarasota/Bradenton area of Florida and so they traveled to other states and even overseas pursuing this instruction. Through the process of hundreds of hours of education under multiple PhD’s and relationship experts, they gained the tools and knowledge they needed to heal their own relationship and restore their family. Once Don and Angie learned these life-changing tools and insights and experienced the difference it made in their own lives, they committed to bringing this education to their own community.

Fueled with this passion to see marriages and families experience the same healing that their own relationship and family did, they created    Marriage and Family Work’s and became the organization's first marriage and relationship educators.
​
Today, Don and Angie continue to coach couples privately as well as through workshops and seminars. They teach material, which is a culmination of all the skills and education they received along the way, in a very practical, hands-on approach and have trained other married couples to be marriage coaches as well. They have 3 children: Shane, Dustin, and Coltin.